Some of the out of control cops running loose killing AA citizens during the New Orleans catastrophe are finally coming to justice. 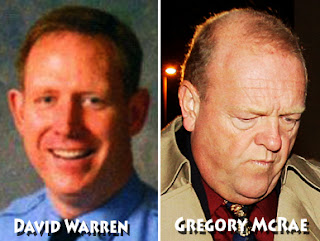 31 year old Henry Glover could have been my son. Can you imagine your son being murdered by culturally poisoned criminally insane cops. 25 years and 17 years is an improvement over the no years cops historically get in the American just us system of justice for killing a African American. This comes on the heals of, what I have come to call, "the Thomas Supreme Court" ruling that a Black Man sentenced to death for killing a police officer, with most of the coerced witness recanting their stories, does not have a right to a new trial.

I do not believe in the death penalty for anyone in the American injustice system which, has proven it can so often be wrong. However, any cop that does a crime should get twice the time! These individuals should have gotten double life. Having said that, it is good to see some justice come to New Orleans, Louisiana  one of the most Culturally Poisoned places in the United States that I have visited.
Posted by Aunk at 9:12 PM 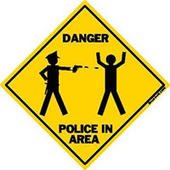